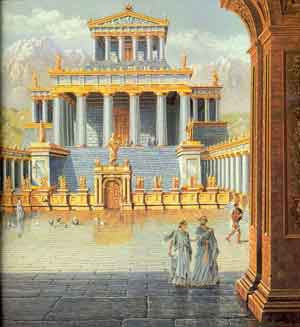 Tembok Emas Dipagari Dinding Perak Manado ( Dreamland Library ) - The Civilization of Atlantis, first coined by an ancient Greek philosopher named Plato (427 - 347 BC) What is meant by East Indies is Indonesia.  Source:  http://en.wikipedia.org/wiki/Dutch_East_Indies in his book entitled "Critias and Timaeus". In Timaeus's book, Plato tells us that in front of the Strait of Haigelisi Mainstay, there is a very large island, from there you can go to another island, in front of the islands is entirely land surrounded by ocean sea, it is the kingdom of Atlantis. Before discussing the existence of Atlantis, we must be sure first, that the existence of Atlantis is actually in Indonesia. By reading the diagram below, we will know that "Atlantis is Indonesia". Prof.'s diagram Arysio Santos in Proving Atlantis is Nusantara (which is called Santos by The East Indies) In the book Critias, the younger cousin of Critias tells the story of Atlantis. Critias was a student
Posting Komentar
Baca selengkapnya

Papua is a Paradise that fell to Earth 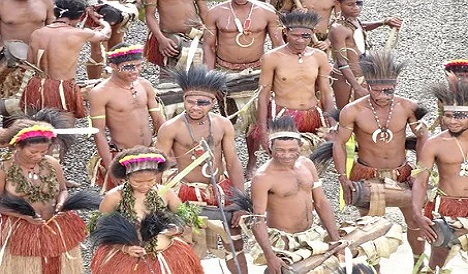 Tribel Natives Papua ( Dreamland Library ) - Other names for Papua: LABADIOS, TUNGKI, JANGGI, PAPA-UA, NUEVA GUINEE, ISLA DEL ORO (Pulau Emas), HEAVENLY LOST HEAVEN Papua is the second largest island in the world. Around the year 200 AD, a geographer named Ptolamy called it LABADIOS. At the end of 500 AD, the Chinese author Ghau Yu Kua gave the name TUNGKI, and at the end of 600 AD, the Srivijaya Kingdom mentioned the name Papua using the name JANGGI. Tidore gave the name for this island and its inhabitants as PAPA-UA which has changed in the name to PAPUA. In 1545, Inigo Ortiz de Retes gave the name NUEVA GUINEE and there was another sailor who gave the name ISLA DEL ORO which means Gold Island. Robin Osborne in his book, Indonesias Secret War: The Guerilla Struggle in Irian Jaya (1985), dubbed Indonesia's easternmost province as HEAVEN HEAVENLY. It is unknown whether in ancient BC civilization there was a kingdom in Papua. It could be that ancient times there were advanced civili
Posting Komentar
Baca selengkapnya 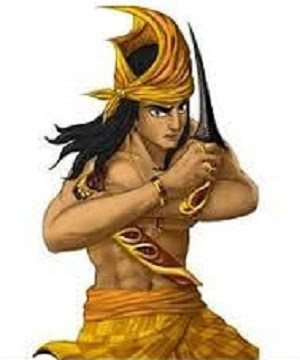 To Lotan holy book Jakarta ( Dreamland Library ) - Sawerigading story contained in Sure 'I La Galigo (Check H. Kern Edition, 1939), began when the gods agreed to fill this world by sending Batara Guru, a patotoe child in the sky and Nyilitomo, a son of ri Selleng at the peretiwi (underworld) to become the ruler on earth. From their second marriage their son, Batara Lattu, was born, who would succeed his father in power in Luwu. From the marriage of the Batara Guru with some of his retinue from heaven and the accompaniment of We Nyilitomo from Peretiwi, their sons were born who later became rulers in the Luwu regions and at the same time Batara Lattu's aides. After Batara Lattu 'was quite an adult, he was married to We Datu Sengeng, La Urumpassi's son and We Padauleng were ditompottikka. After that Batara Guru and his wife returned to the sky. From their second marriage, sawerigading and tenriabeng were born as golden twins, a man and a woman. Based on Batara Guru's
Posting Komentar
Baca selengkapnya